Some New Life In Old Cactus

In June of 2016, myself and a couple friends transplanted some Big-root Prickly Pear from a near by property, to the sand ridge I have been working on. At the time, there wasn't much open area, and we had limited places to put the cactus. As restoration work has been done though, there is many more places to put the cactus, and the original place we chose, turned out to be a bad idea. We had placed some of the cactus next to a group of Cedar Trees that was later removed. When they trees were felled, they were piled up, and burned. When the machinery was brought in to add more to the pile, it drove right over the cactus plants we had put in the ground. I decided to move the cactus to another location that used to be canopied, but was now open, and that the machines definitely would not drive over. The ground was tore up where the cactus was, but I am confident that I recovered at least 90% of what was there.

I have been watching the new patch to ensure it is not crowded by other plants. Most of the plants were doing great after they were moved again, but a few patches of smaller cacti looked to be dying off. I was really happy today, to find that at least one of those patches has sprung back to live, with many new pads growing out of it now. As these pads grow, they will be spread out around the area to allow them to grow larger, and spread around the property. 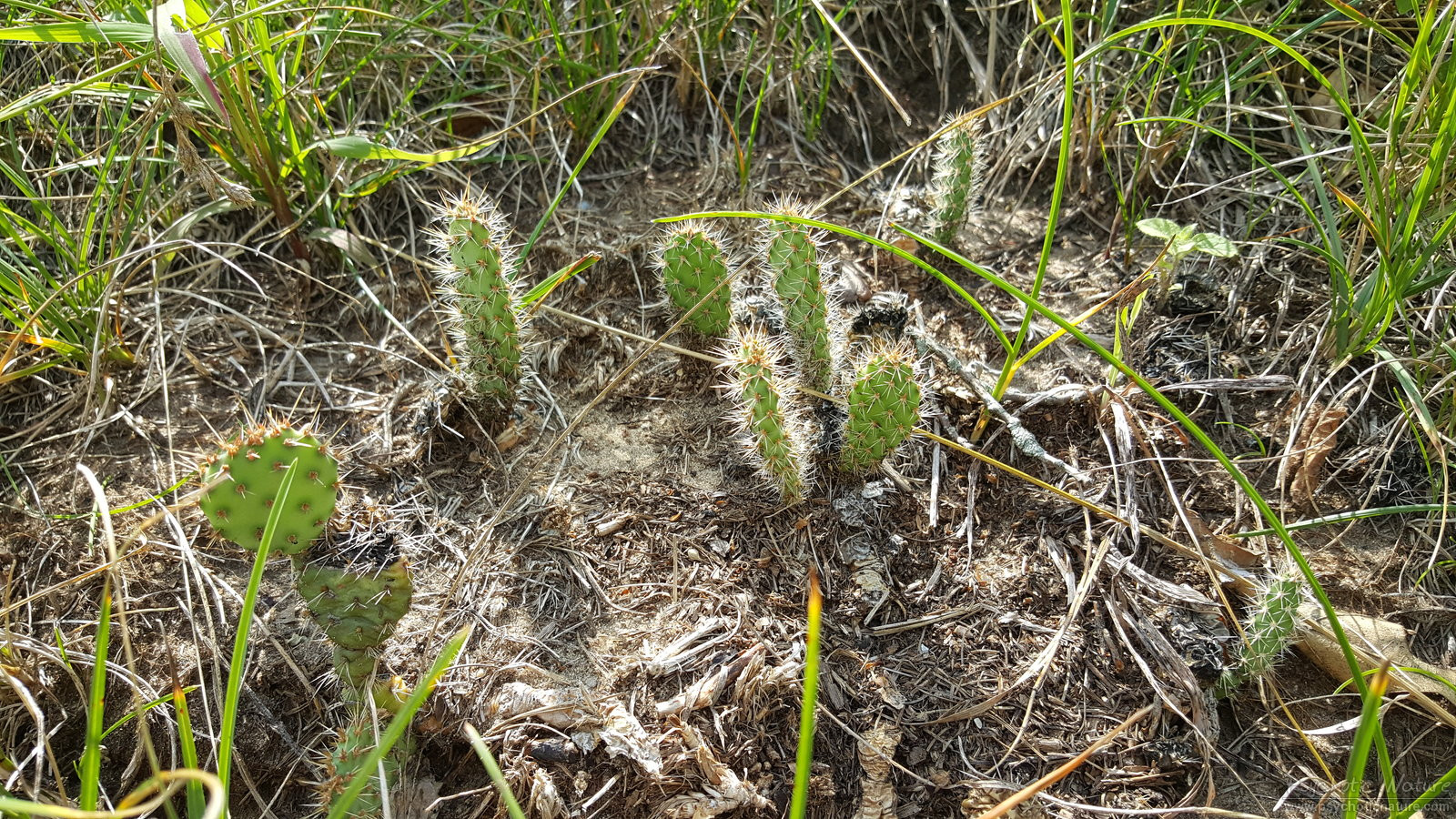 I have also continued to watch the original area, where the machinery ran over the cactus, to see if any spring up. Sure enough, today I noticed some teeny tiny cactus plants coming up from the ground. I found four total, in three different spots a few feet from each other. One of them was no bigger than my thumb. I am still debating whether or not to leave them where they are, or move them to another location.

A New Hope... Err.. Turtle. There Is Hope! The Lone Survivor? It's Always A Good Time To Go Herping... Even If It's About To Rain! Signs Of Snakes Nailed It! At Least I Had My Cell Phone... Merping With The Orianne Society The Little Agate That Couldn't The Tiger Salamanders Are Back! Tarantulas Are Marching North Smooth Softshells In The Wapsipinicon River Twelve Consecutive Months Of Herping In Iowa A First For Me, But Not A Lifer When The Day Is Gray And Ordinary... Snakes Are Survivors