I have been monitoring a small population of Ornate Box Turtles in Buchanan County, Iowa this year. We thought the population was gone, but earlier in the year, ten individuals were found and differentiated based on scale markings. All of them were old turtles, and I wasn't sure if babies were surviving.

I stopped by the site today with a friend though, and he found a turtle. Not only was it a new turtle, it was a young turtle. I estimate that it is four or five years old, based on the growth rings on it's shell. I think it is a female, but I am not certain due to it's small size. 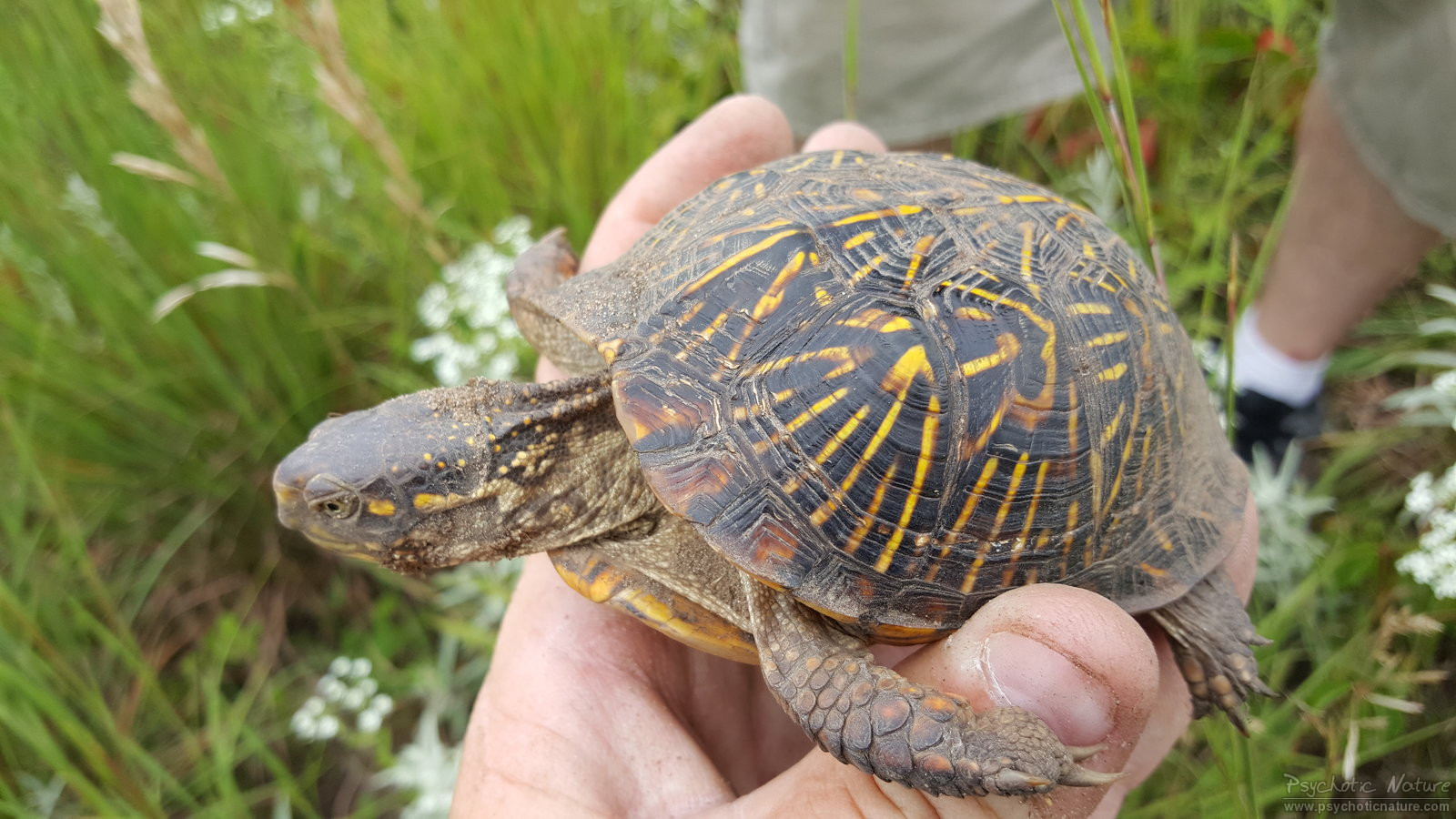 Some New Life In Old Cactus There Is Hope! The Lone Survivor? It's Always A Good Time To Go Herping... Even If It's About To Rain! Signs Of Snakes Nailed It! At Least I Had My Cell Phone... Merping With The Orianne Society The Little Agate That Couldn't The Tiger Salamanders Are Back! Tarantulas Are Marching North Smooth Softshells In The Wapsipinicon River Twelve Consecutive Months Of Herping In Iowa A First For Me, But Not A Lifer When The Day Is Gray And Ordinary... Snakes Are Survivors