When The Day Is Gray And Ordinary...

I had to meet up with Mike Pingleton today, so we decided to get together at some sand prairies we had been talking about for a while. I dragged my oldest boy, and my little buddy Isaiah with. The weather forecast showed thunderstorms all day, but I usually find ornate box turtles in the rain, so we figured we would go anyways. I have been trying to find a Western Hhognose Snake in the area for a long time now, and always miss out. A few other forum goers have found hoggies in the area recently, so I had hoped to find one of those too, but with the rain, I was doubting it.

Well, as it turns out, my little buddy Isaiah came through for me. As I stepped right over a little hognose snake, he laughed at me and reached down to pick it up. Turns out it was a lifer for all four of us... I thought Pingleton had seen everything. 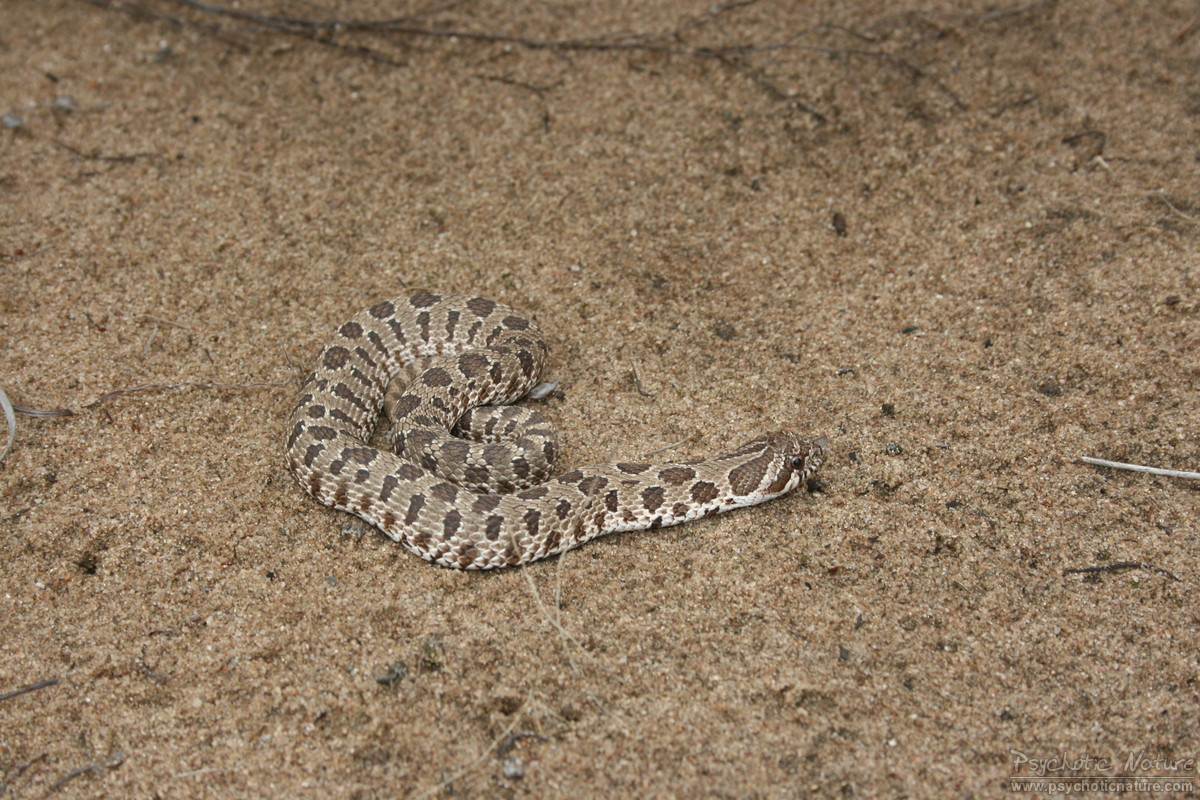 Isaiah saw some racerunners zipping around, and after a while, he finally managed to get a one in hand. I didn't snap a shot of it though. After that... the day became magical...

We started walking a different section of the sand prairie, and it didn't take long for Mike to step on a turtle. 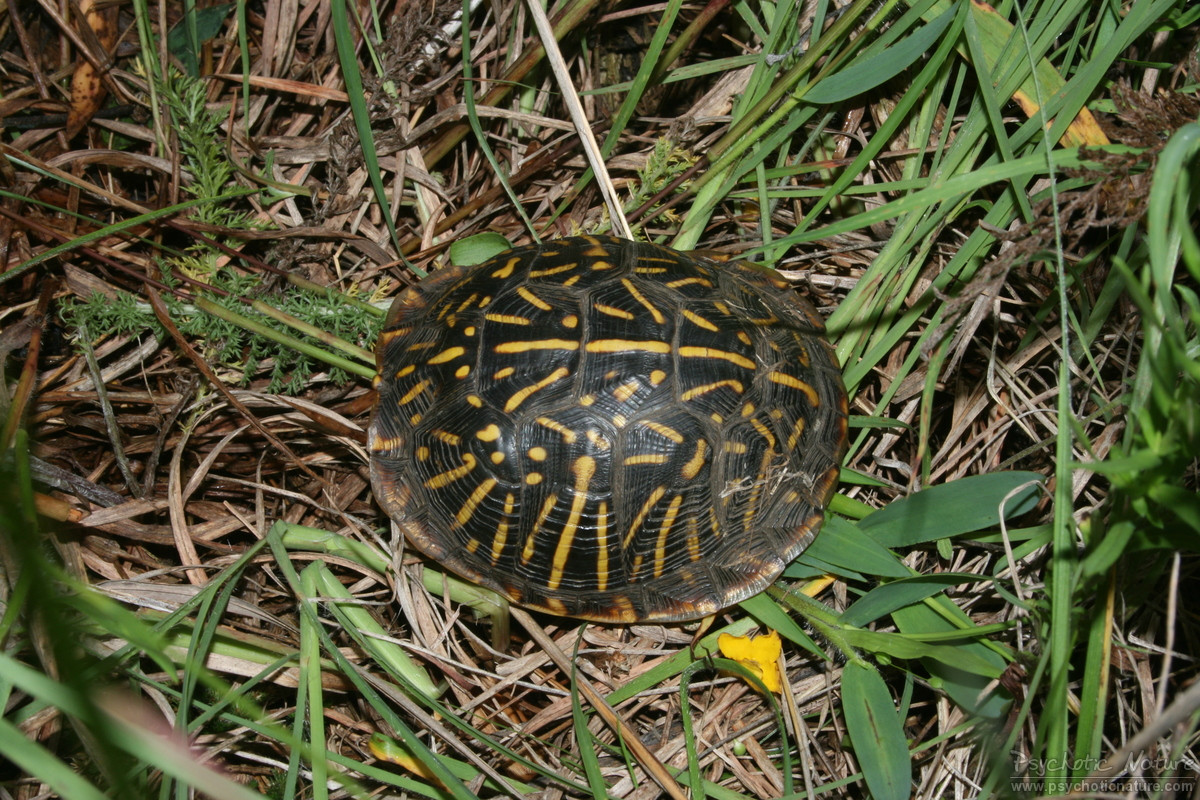 Isaiah took a quick look, and walked off. I yelled to ask him if he wanted to see it, and he said "No, I'll find my own", and did so about 30 seconds later. 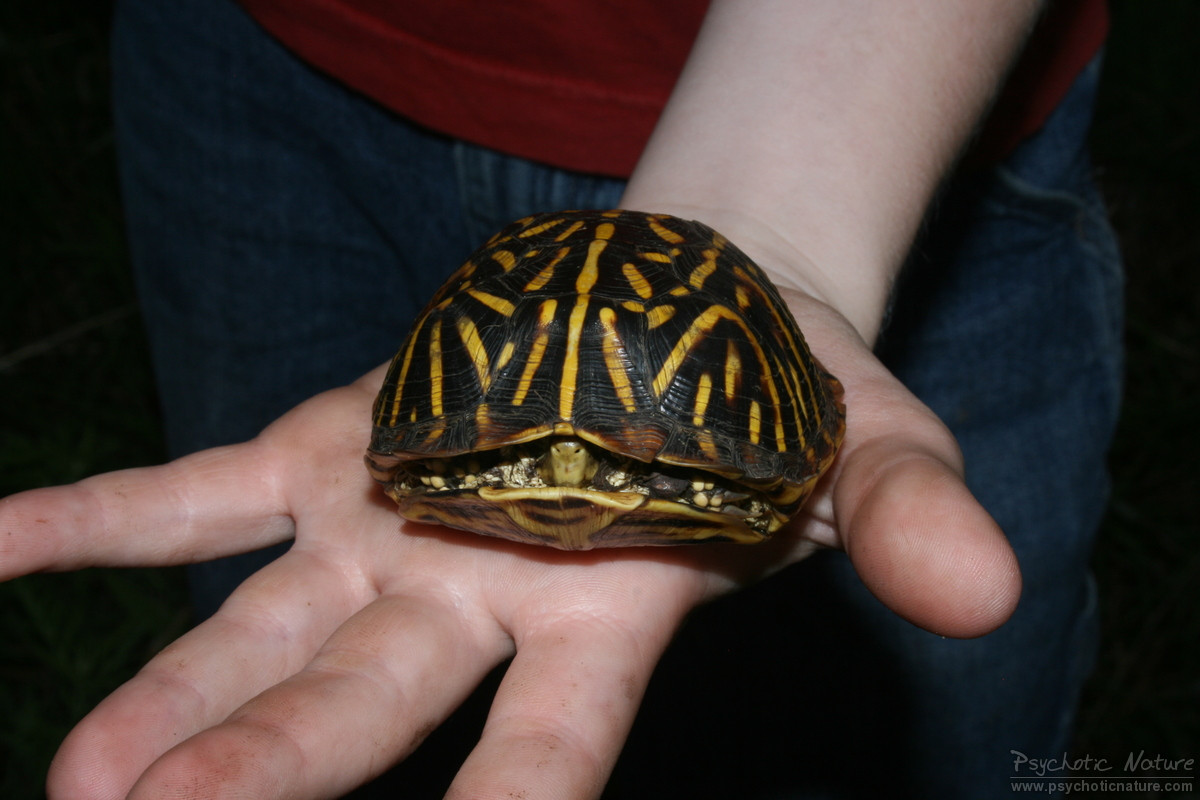 We all started roaming around again, and it didn't take too long for my boy to yell out "Got one!" The first two didn't want to come out of their shells... this one didn't want to sit still. Isaiah scored the 4th one. 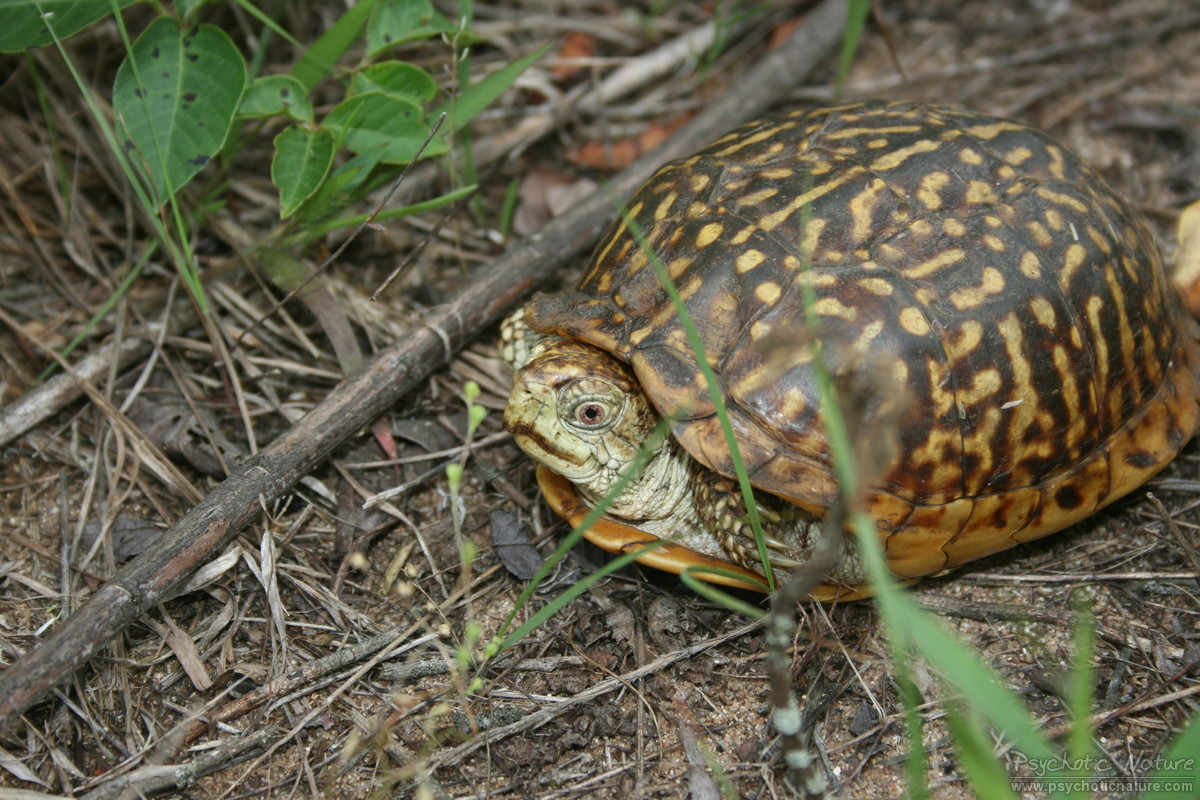 Then I finally started pulling my weight, and found this awesome yellow headed one. 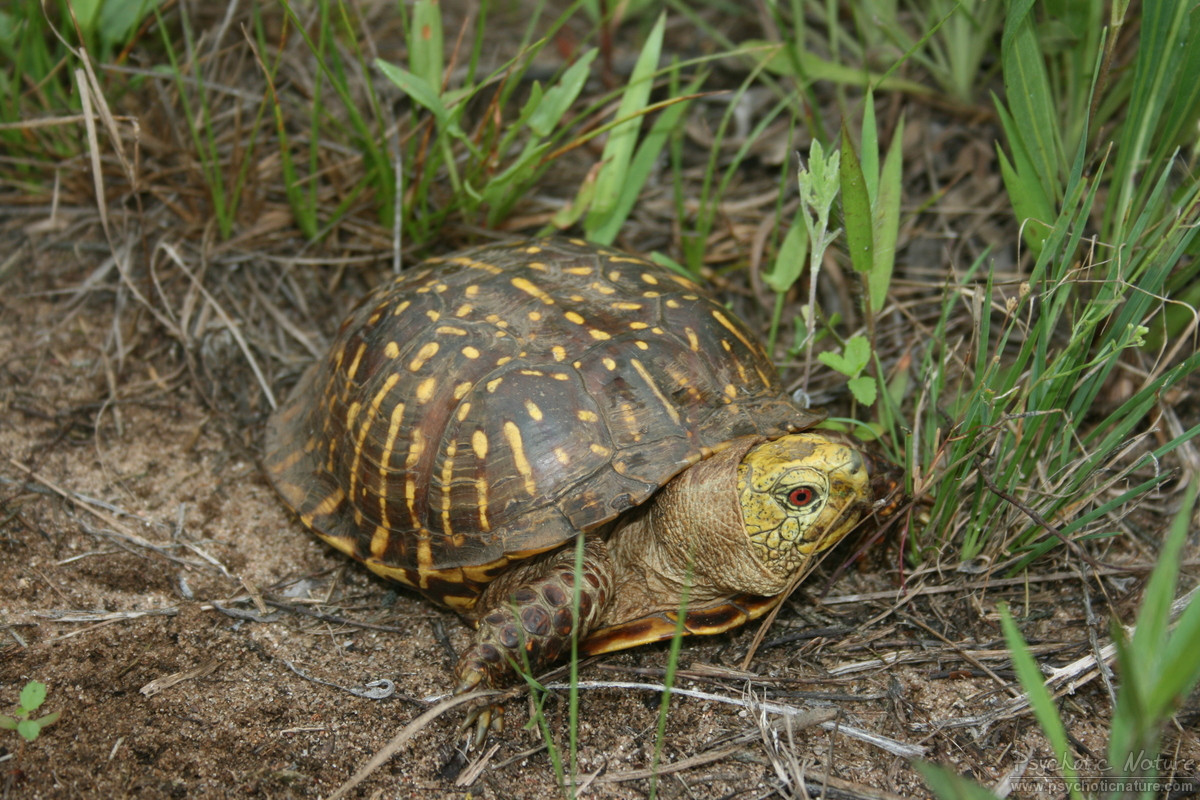 While we were photographing the yellow headed turtle, Isaiah had walked off, and apparently found the 6th one, and was waiting for us. 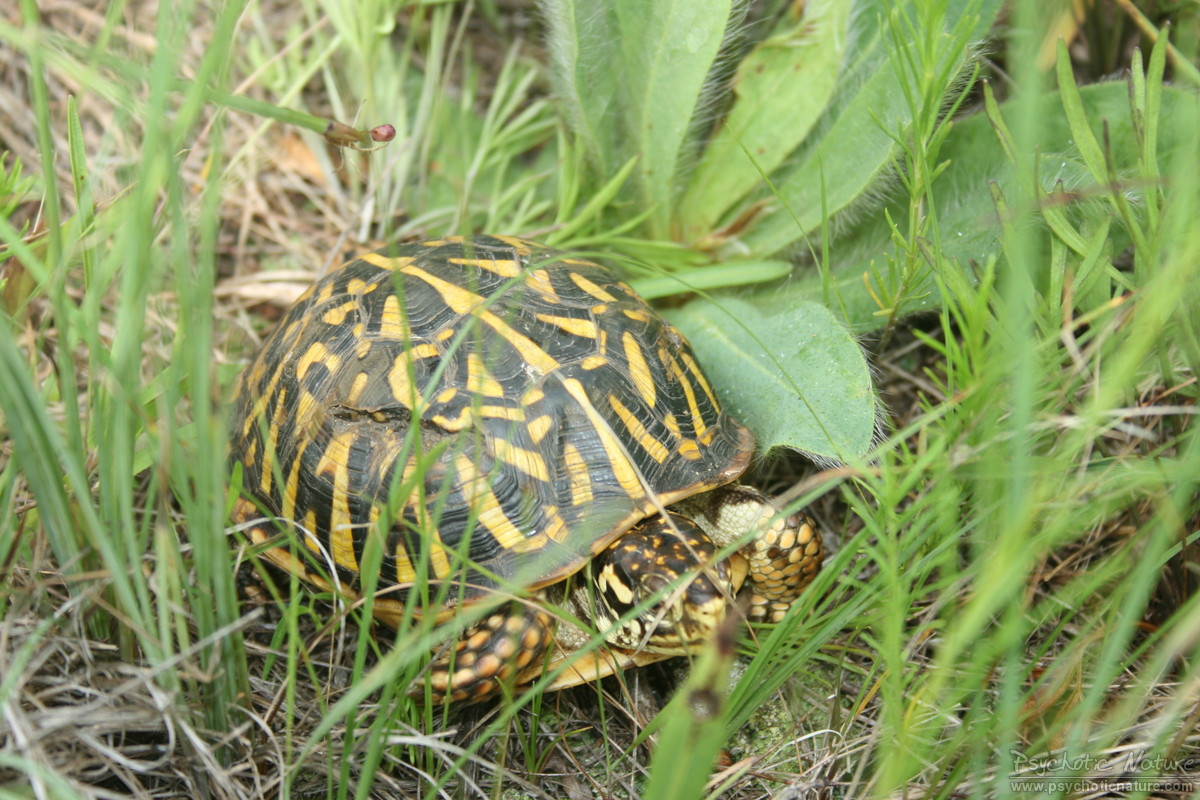 Isaiah found number 7 not long after. 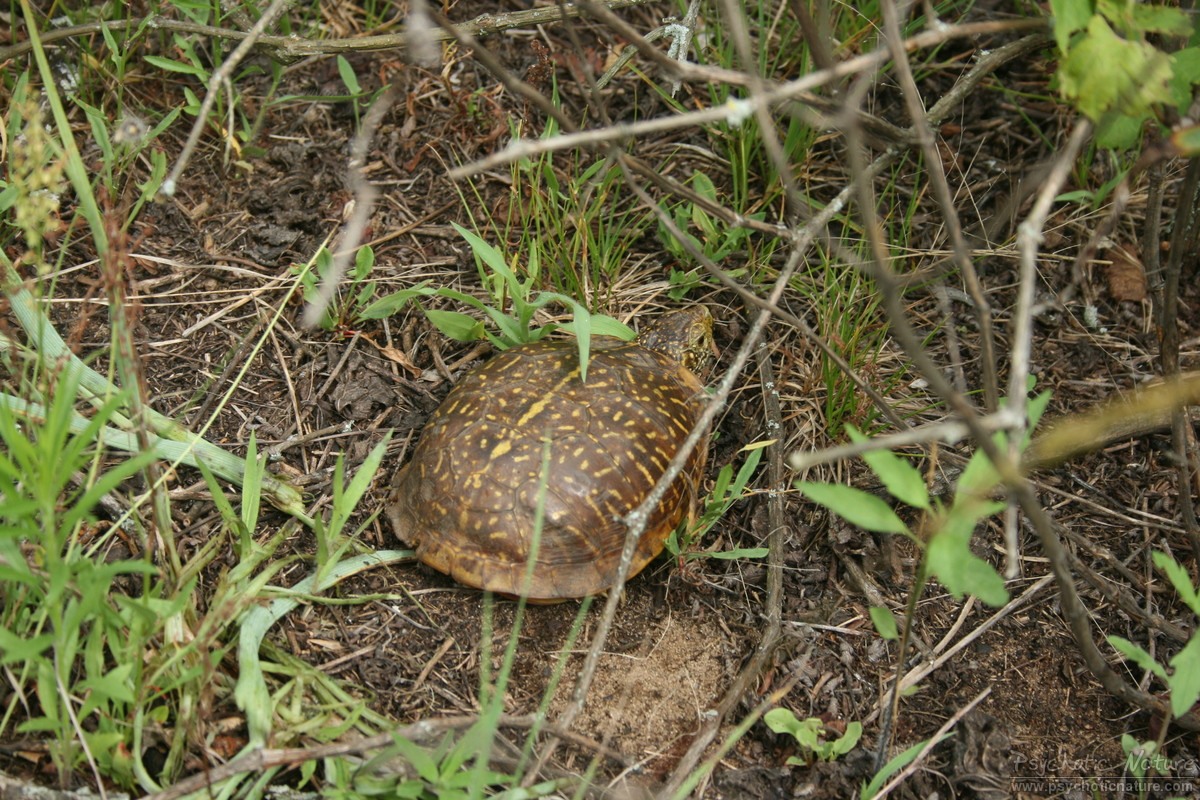 then he spotted number 8 walking under some trees.

I spotted number 9 hunkered down in the grass near by. Mike commented he too busy walking from turtle to turtle and didn't have a chance to look for any. 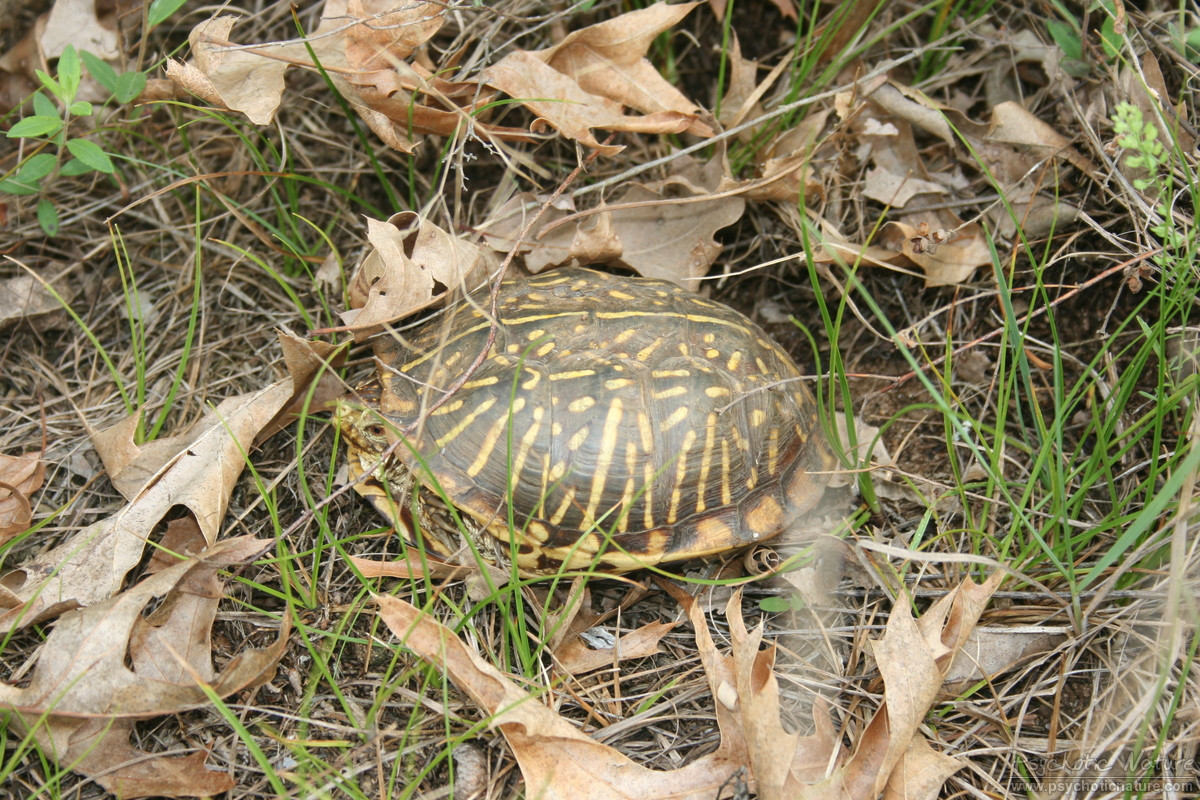 We walked into an area that didn't look quite as good as the previous, but decent enough. After some walking, I saw two things in the grass go different directions. It ended up being the 10th ornate going one way, and a leopard frog going the other. Not sure why they were next to each other. 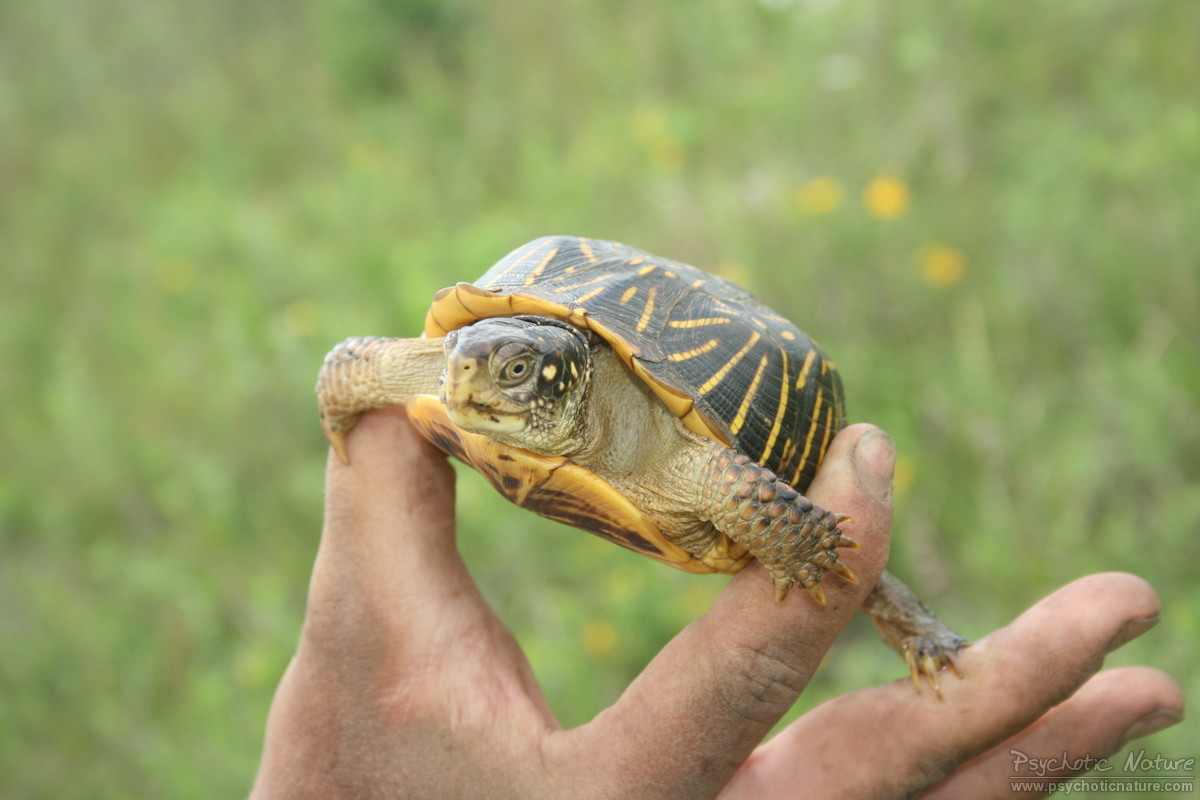 Thought the frog was a blairi at first, but it ended up as a pipiens. 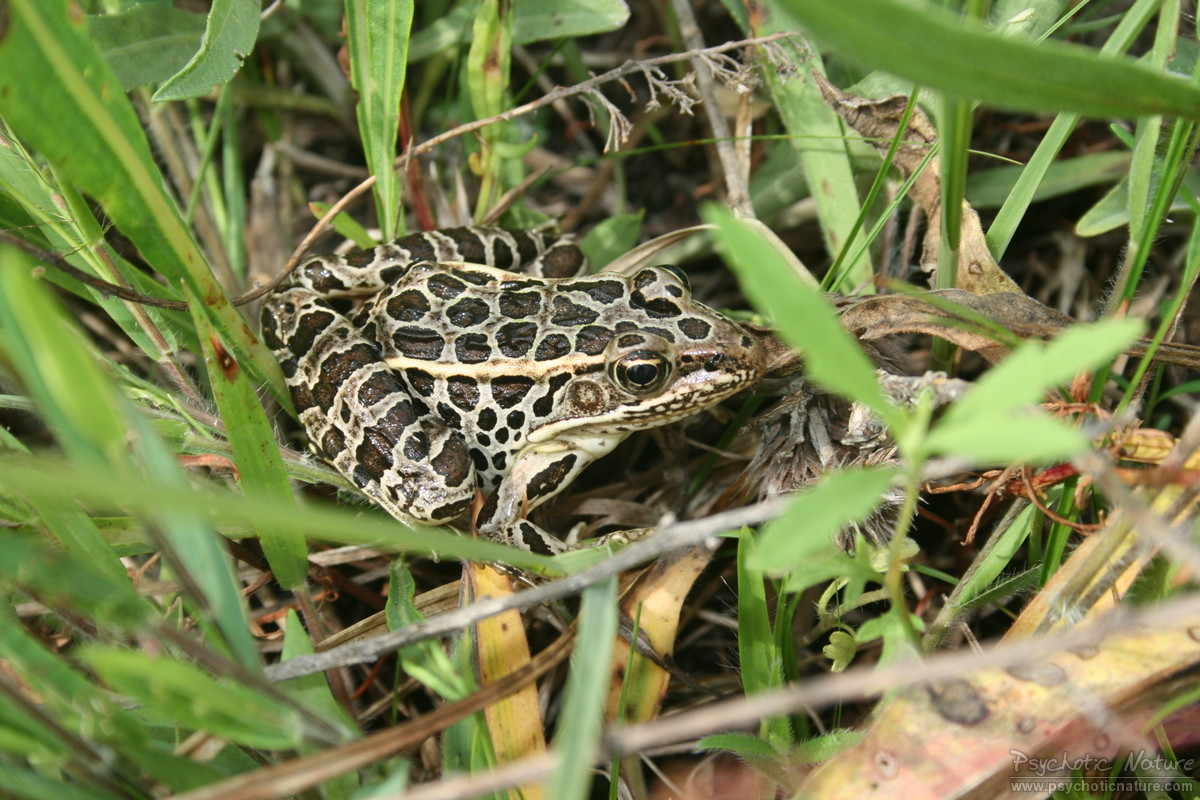 Next this monster was found. He sure was viscous! Mike was mauled pretty bad! 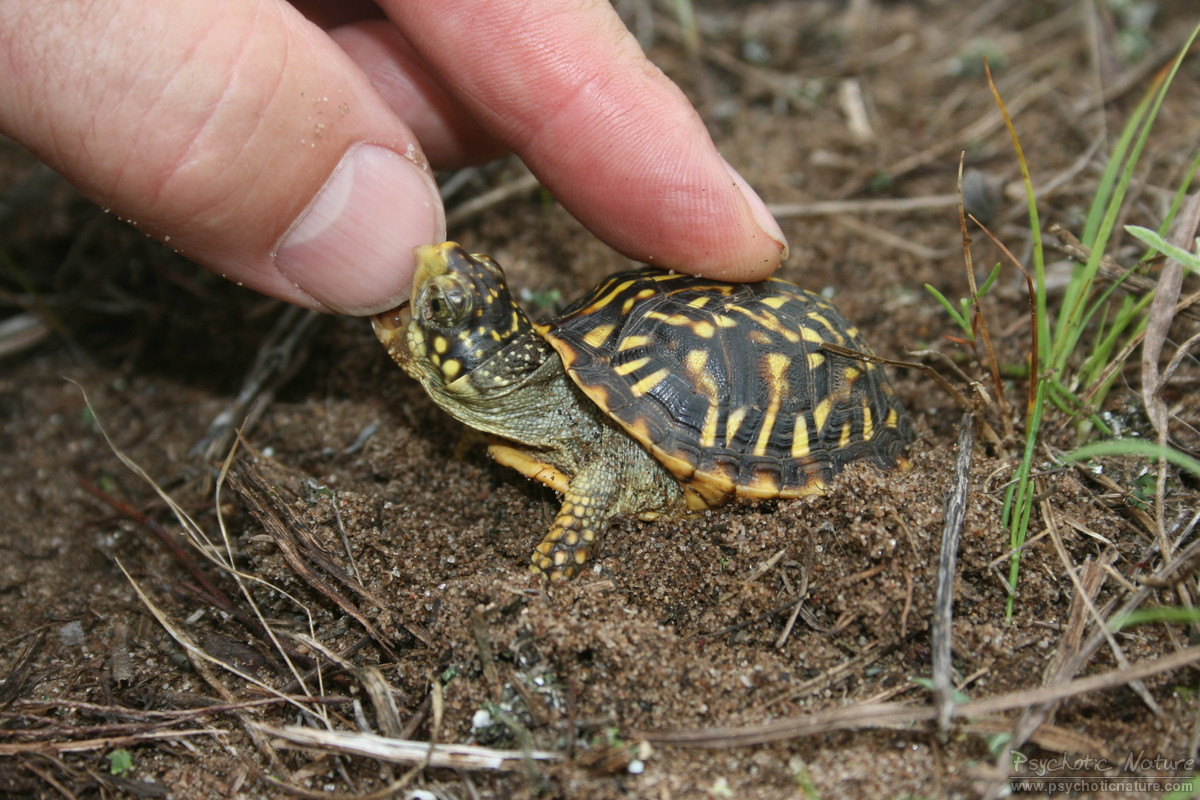 After 11 ornate box turtles... we ended up with one last race runner before calling it a day.

And that is why you should go out herping on cloudy rainy days.

A New Hope... Err.. Turtle. Some New Life In Old Cactus There Is Hope! The Lone Survivor? It's Always A Good Time To Go Herping... Even If It's About To Rain! Signs Of Snakes Nailed It! At Least I Had My Cell Phone... Merping With The Orianne Society The Little Agate That Couldn't The Tiger Salamanders Are Back! Tarantulas Are Marching North Smooth Softshells In The Wapsipinicon River Twelve Consecutive Months Of Herping In Iowa A First For Me, But Not A Lifer Snakes Are Survivors